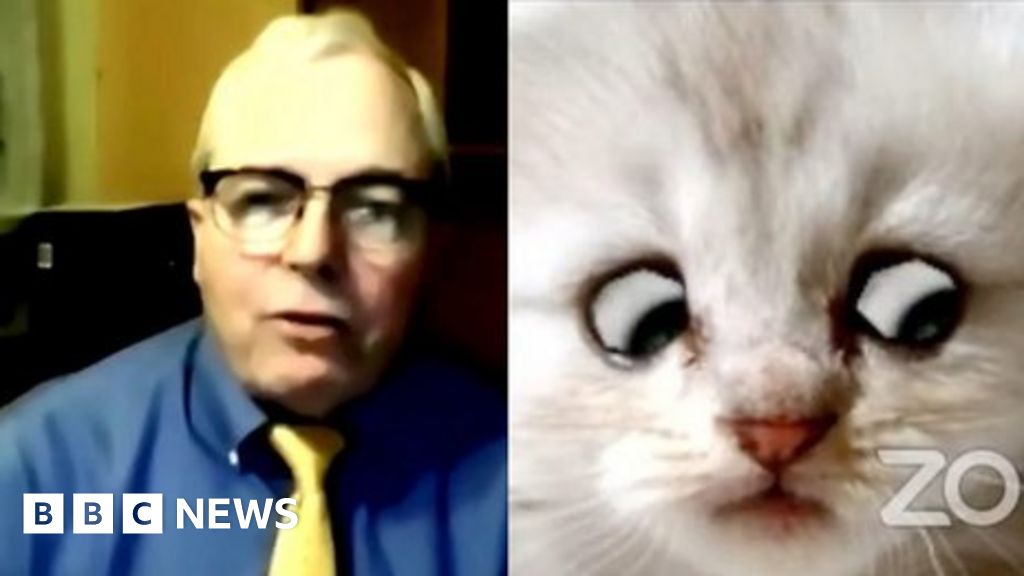 About sharing media caption Spot the difference: Texas lawyer Rod Ponton with and without the cat filter on A Texas lawyer whose mishap with a cat filter on Zoom has made him an internet sensation says he is surprised at the global reaction. A video of Rod Ponton appearing as a cat during a virtual court session has been viewed millions of times online. “I did not know that Zoom could turn me into a cat. I did not know that cat Zoom could turn me into an internet celebrity, but it all happened in just a matter of hours,” he told the BBC. He said he is trying to “roll with it”. Mr Ponton said he was using his secretary’s computer when the filter popped up, replacing his face with that of a white kitten with large, concerned eyes. Cat Zoom: Lawyer Rod Ponton surprised to become internet star

By continuing to use the site, you agree to the use of cookies. more information